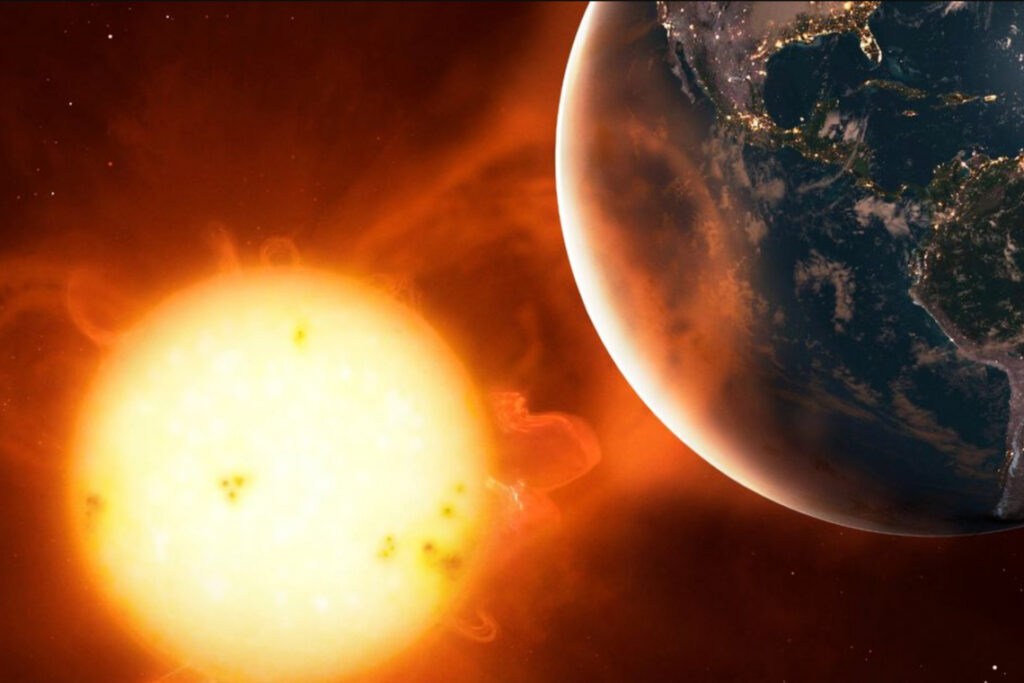 There is a school of thought which holds that very major bad things that happen, are somehow planned, and the evil planners must tell people what they’re going to do before they do it. Not sure how many people actually believe that, but if it’s true, then this is big: Articles warning of Internet Shutdown – FOR MONTHS!

It started around September 7 with a small article on University of California, Irvine, web site titled “Enjoy the internet while it lasts, the climate crisis might destroy it” and was then augmented with another big story on WIRED.com titled “A Bad Solar Storm Could Cause an ‘Internet Apocalypse’” both of which warn the general public of a possible massive outage of the global Internet, lasting for months.

The warnings are stark. Sangeetha Abdu Jyothi, [assistant professor of computer science at] the University of California, Irvine presented her research into the subject at the recent SIGCOMM 2021 data communication conference, warning that the results of this extreme space weather could prove catastrophic to our current way of life. “What really got me thinking about this is that with the pandemic we saw how unprepared the world was, there was no protocol to deal with it effectively, and it’s the same with internet resilience. Our infrastructure is not prepared for a large-scale solar event.”

That is false on its face.

The Internet was originally designed by the Defense Advanced Research Projects Agency, known as DARPA. In fact, the “Internet” was originally named “DARPA.net” and it was explicitly designed to provide the US military with reliable communications in the event of an actual nuclear war! You know where atom bombs are destroying whole cities, and giving off massive electromagnetic pulses (EMP’s) when they detonate.

So from its inception, the whole point of the net was to keep reliable communications during the worst of conditions.

Apparently Sangeetha Abdu Jyothi, [assistant professor of computer science at] the University of California, Irvine, isn’t aware of that. Or maybe she is. Maybe what’s going on here is that the general public is actually being given some (requisite) heads-up about what’s being planned?

The WIRED article goes on to report:

The global internet is built for resilience. If one pathway isn’t available, traffic reroutes across other paths, a property that could potentially keep connectivity up, even at reduced speeds, in the event of a solar storm. But enough damage to these vital arteries would start to destabilize the network. And depending on where the cable outages occur, Abdu Jyothi says that foundational data routing systems like the Border Gateway Protocol and Domain Name System could start to malfunction, creating knock-on outages. It’s the internet version of the traffic jams that would happen if road signs disappeared and traffic lights went out at busy intersections across a major city.

Even right now today, hackers using Distributed Denial of Service (dDos) attacks, go after the domain name servers of a target. Their army of little computer bots is told to go after web site such and such, and the bots start hitting that site’s DNS with tens of millions of requests at the same time. The site is almost instantly overwhelmed and cannot be reached by any real visitors.

So why are the powers-that-be signaling through their propaganda media, an Internet outage for months?

Well, it turns out that the Internet is a big pain in the ass for the powers-that-be. Information, sometimes inconvenient and serious information, seems to get out on the net frequently these days, and once it’s out, literally hundreds of thousands of people have access to it instantly.

The megalomaniac power-crazed elites don’t like it when their plans get leaked far and wide. It inconveniences them. It makes them back off sometimes. It makes them re-think how, when, or even if, they can continue a particular operation. All very inconvenient and troublesome.

After all, you and I are only mere cattle; to be herded one way or another at the whim of the oh-so-enlightened crowd. How dare we expose their plans? How dare we think for ourselves No. No. No. can’t have THAT taking place much longer.

And therein lies the reason. With the totally fraudulent COVID-19 false pandemic narrative coming apart at the seams, and people waking up to the deadly clot-shot gene therapy masquerading as a “vaccine” the elite are having trouble carrying out their plans for one world government with THEM being that government. Now that the general public knows the COVID has a 99.7% survival rate, and is finding out that the so-called “vaccines” are killing two people for every one they “save” things are falling apart fast for the new world order types.

They’re like a kid trying to plug leaks in a dyke with his fingers. The leaks are now coming too fast. They can’t keep up with it anymore.

And so, their only choice is to engineer some massive “outage” of our Internet, for months.

With the articles above, we can now guess their plan is to blame it on a solar storm or coronal mass ejection (CME) from the sun.

We can’t stop them from pulling the plug on the net, but we can work around them. Two way radios are the answer.

Not even the elite can stop those.

Oh, sure, maybe spotty jamming on a couple frequencies, but that’s easily overcome by changing channels!

So be sure you have yourselves a CB radio (don’t forget the antenna) for the house and for each car. Better still, a HAM radio, because HAM is used worldwide and signals travel worldwide. People in one country can hear what’s going on in many other countries; live and direct. No middle man. No propaganda spin.

There are a myriad of options and since I don’t sell them, I’m not going to go into it via this article, but you need to equip yourselves. Fast.

The Silent Death -Wave That Could Send Us Back To The Dark Ages
Emergency Broadcast – Martial Law To Be Implemented Between Oct. 8-16 In Canada! Australia, USA, World To Follow…Must Video
To Top