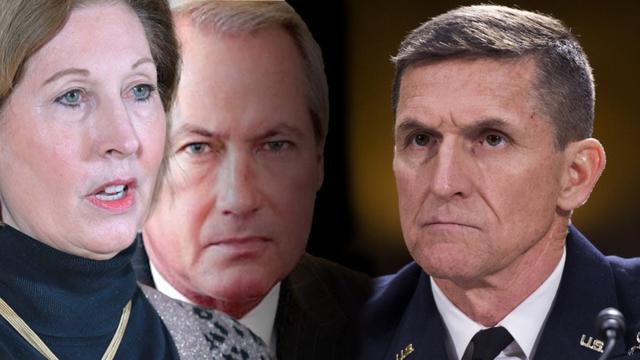 Self-professed follower of Jesus Christ, Attorney Lin Wood, surrounded himself with the following list of people, and, he brought many of them onto his Tomotley Plantation where they set up a command center to fix 2020.

This only a few names – they are being presented to illustrate a fact.

Okay…so…the tough guys had their wonderful Thanksgiving together which included the ever so many thumbs-up grinning selfies and bad-ass war talk about being in foxholes together and the ‘People’s General’ and saving the country and all of that.

On January 4, 2021, Lin Wood launched his explosive tweet storm that literally shook the foundations of the Republic with allegations of murder and pedophilia being committed by world leaders such as VP Mike Pence and Chief Justice John Roberts.
The famous Storm was led with a tweet instructing the world to read a MEMO I (Timothy Holmseth) sent to AG Jeff Sessions warning President Trump about Mike Pence and an FBI agent using an alias (alias is John Regan – his real name is different) to operate an international child trafficking operation (the FBI has my interviews) through U.S. Embassies (Ukraine).

If you look at Lin Wood’s first tweet there it is – plain as day – at the top of the formal MEMO sent certified mail to AG Sessions – the name “Timothy Charles Holmseth”.

Have you ever noticed that NOBODY in Attorney Wood’s inner circle (Flynn, Powell, Clark, Hancock, Byrne or any of the many others) have ever spoken my name?

They appear on national television and are in the news on a regular basis. Many have met with President Trump. Yet from DAY ONE not ONE of Wood’s inner circle has ever as much as uttered the name “Timothy Holmseth”.

In fact – when Joe Flynn was asked by Lin Wood during a radio show if he knew “Timothy Holmseth” he said he didn’t.

Folks…it was the FIRST TWEET! – it was sent by one of the most famous attorneys in American history and contained a link to a MEMO regarding NATIONAL SECURITY and the tweet was actually directed to the PRESIDENT OF THE UNITED STATES DONALD J. TRUMP.

Do not let this be lost upon you because it is a fact that is going to change the world.

None of Lin Wood’s inner circle who were around the table at Tomotley during the strategic planning sessions before the tweet storm will say the name “Timothy Charles Holmseth”.

Why do you think that is?

Oh…by the way…I know who THEY are…I know where THEY go….I know what THEY do…I know why they do it…I know how they do it.

You don’t have long to wait before you find out why.

Believe in me, I’m with the High Command.

This is my FAV trusted source ^^^^💪💪
All source links to the report can be found on the TELEGRAM: https://t.me/BestNewsHere