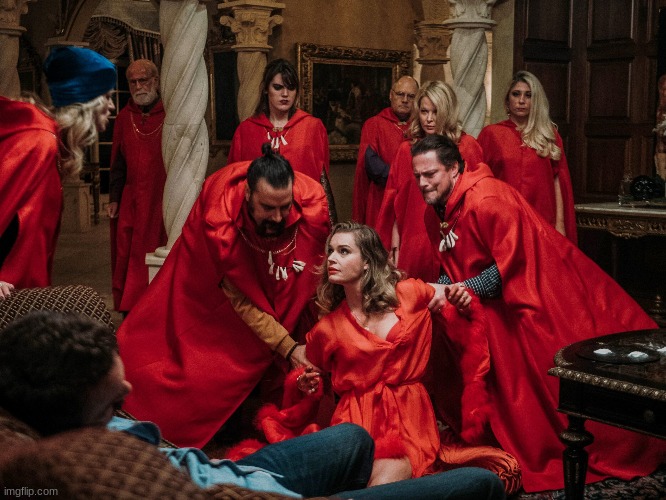 You may want to put your helmet on and buckle up tight for this one. If you are squeamish this video is not for you. Who are the Satanists? The ones running this shit show. You cannot go to them for help. You cannot expect justice or mercy from their sick system.

Throughout the 1980s and early 1990s, waves of unsolved murders, child abuse, and other heinous crimes swept the media and gripped nations with fear. Then a disturbing pattern began to emerge. Repeated accusations by surviving victims pointed to something much darker and much more methodical.

Survivors, both children and adults, shared horrifying experiences of repeated ritualistic torture and murder committed in the name of Satan.

Dubbed “The Satanic Panic” by the mainstream press, accusations ranged in scope from daycare workers, foster parents, and schoolteachers to people in positions of incredible political power, authority, and influence.

30 years since the conclusion of one of the most predominant court cases regarding systemic ritual abuse, this recent history has been muddied and victims have been slandered. Often brushed off as barbaric fanaticism, religious hysteria, or a purely “American” problem, these cases were seen all over the world and all share more in common with each other than some may want to admit.

In this massive documentary, taking a close look at some of the most disturbing cases during this time period, the magic behind these rituals, and the biblical origins of this very ancient practice.