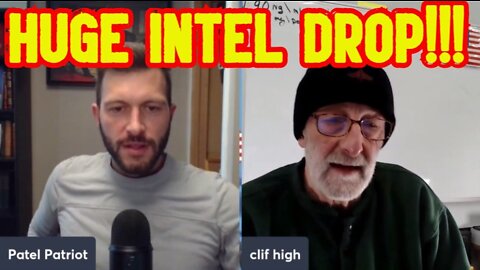 Finally hearing Cliff mention the Khazarian Mafia was great. Apparently it is taboo to use that term. I got banned completely from making comments on articles on the Gateway Pundit for using the term Khazarian Mafia and jews in the same sentence. I pushed the censorship issue and they banned me. Same holds true for Breitbart, although I have not been banned some of my posts have been pulled. I have went down the rabbit hole regarding the Khazarian mafia and the 13 blood lines of the illuminati. When you start putting the dots together the picture emerges of their evil plans. I retired from the US Navy in 1994 and in 1996 I read the book Behold a Pale horse by Bill Cooper. I started following him until his basic assassination by the government prior to 9/11 as Bill was calling it out. I admit I got fooled by the Bushes but eventually found out how evil they were. All I can say is people better get right with God or face the damnation. If you don’t believe in bible prophecy it would be a good time to start as your living in one right now. Senior Chief, USN, Ret Oathkeeper.