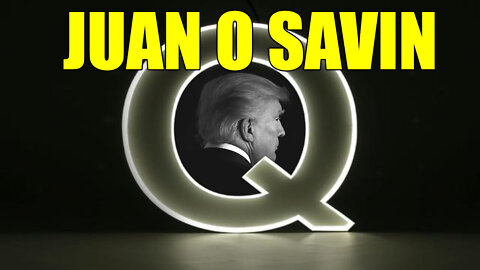 Alex Newman finds it amusing that the Democrats led by President Joe Biden are so concerned about Ukraine’s border security and sovereignty.

“If only they have the same concern that they have about Ukraine’s borders and sovereignty as they have about America’s, we would be in really good shape,” Newman said during a recent episode of “Behind the Deep State,” a subtle dig at the current administration’s lax border policies.

He mentioned the constant banging of war drums through the mainstream media. “Is World War III just around the corner in Ukraine? I don’t know,” he said. “But I do know that the globalists love war because it advances the Deep State objective of a one world government.”

Relations between Russia and Ukraine have been deteriorating since the late 2000s, as more and more Ukrainians developed pro-Western and anti-Russian attitudes. The armed conflict between the neighboring nations began in early 2014 when Russian forces invaded the Crimean peninsula and proceeded to organize a referendum to annex the area.

Tensions escalated late last year, and the Biden administration claimed that an invasion is imminent. At one point, Biden told reporters that Putin “continues to build forces along Ukraine’s border” and that the coming attack “would be the largest invasion since World War II. It would change the world.”

An unnamed source also revealed that Biden kept on telling Ukrainian President Volodymyr Zelensky that an invasion could happen sometime in February, as soon as the weather becomes more favorable for Russian forces.

However, the source said, Zelensky and his intelligence services disagreed that an invasion is imminent. According to the source, Zelensky also told Biden to “calm down the messaging,” as it was bringing unnecessary panic that could escalate and cause harm to the already fragile economy of Ukraine.

In a recent televised address, Zelensky urged Ukrainians not to panic. “We are strong enough to keep everything under control and derail any attempts at destabilization,” he said.

But Russia has been flexing its muscles in recent weeks. It has stationed an estimated 100,000 troops near Ukraine and has held several military drills at multiple locations.

“Now, the war drums are banging. And I think this is significant,” Newman said. “One of the things that must be understood about the Deep State’s view of a war is that it is very, very useful.”

Newman shared a story about a Deep State globalist named Lincoln Bloomfield, who put together a report for the Department of State in 1968. According to Newman, that report aims to hand over the control of the world to the United Nations.

“And what Bloomfield concluded in this report is that war and the threat of war are the fastest, easiest ways to convince people to surrender their national sovereignty and to move away from the nation state model and toward the model of global government,” Newman said.

“And so World War I brought us way closer to that goal. Before World War I, we had sovereign nations, we had empires and we had governments that were looking after their own interests, their own people. After World War I, the League of Nations was born. That was the first big globalist project – obviously it failed because the U.S. Senate refused to participate.

“Then you had World War II, which gave birth to the United Nations and the Bretton Woods institutions – the International Monetary Fund and the World Bank. They actually used World War II to create the nucleus of what would eventually become the European Union. So the World War II really put the globalists’ cause forward by massive, massive amounts.