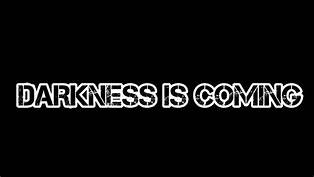 When could this take place?  Bo says, “I think sometime in November the United States goes dark.  . . . The land will rumble.  Power will stumble and evil will crumble.  This is what’s coming, and these are the events that we are super close to seeing.  This will lead into what is called ‘Hypnotic November’ and death to life. . . . The United States will be reborn to shine once again for all the world to see. . . . We have the great awakening coming, and this will cause gold and silver to lift. . . .The dollar is an instrument that is about to go down.  Because it no longer has a contract with Saudi Arabia because Russia got one, it’s about to lose its world reserve status.  It’s about to go down, and the question is have you positioned yourself for what’s about to happen?”

Polny goes on to say, “You want to talk about bondage?  Look what happened with the election.  All it was were bribes and payoffs and nothing more than that.  They are trying to control the military . . . they control social media.  You know they control FOX News and all the major news stations and everything. . . . This whole money system is disgusting.  Each one of these categories is a gate to hell.  They control everything to the gates to hell through their money system.  The gates of hell shall not prevail.”

In closing, Polny says, “The money system we have today is not attached to gold, and it’s no longer attached to oil.  It’s free floating, and the only thing that is holding it up is faith and confidence.  How confident do you feel right now with what is going on in the United States? . . . A massive event is coming, and unless the dollar falls, nothing changes.  Hollywood won’t change.  The banking system won’t change.  The media won’t change.  Nothing will change. . . .Everything that was held up by the dollar is about to go down.”

(This write-up is only a small sample.  There is more in the 52 min. interview.)

Watchman Sounding the Alarm! Urgent Warning Drop Everything and See! Final Hour 919
This Battle Is Spiritual! In The End, We Win! Fury Fight Is A Great Example! Pray! – AWK Must Video
To Top