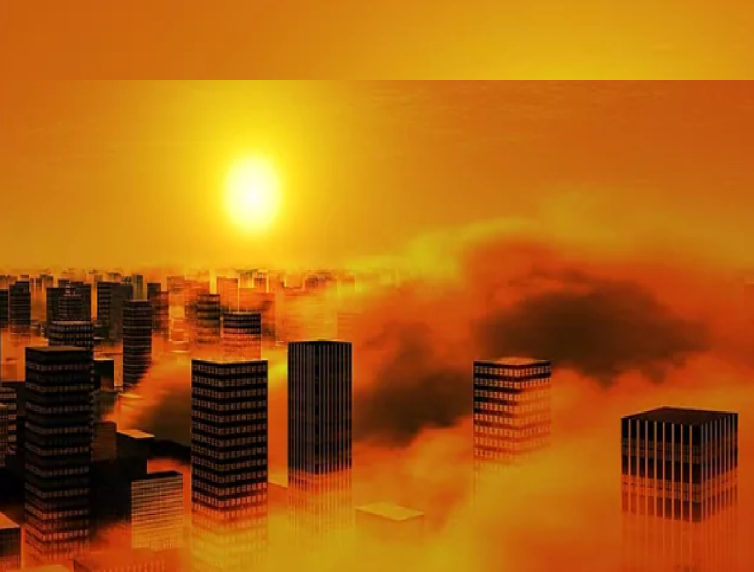 Have you ever heard of Carrington Event? It was the worst solar storm ever recorded. On September 2, 1859, people all over Europe and North America woke up at night, confused and still tired. But when they looked out of their windows, they discovered it wasn’t sunlight. Auroras appeared even in the regions where they had never been witnessed before, like Cuba, the Bahamas, Jamaica, and Hawaii.

The most high-tech stuff of that time, telegraph wires, shorted out throughout Europe and the US. Sparks were flying from equipment, and many human operators got electric shocks. Papers in telegraph offices burst into flames. All the machines were immediately disconnected from their batteries.

Fires, ignited by short-circuits, spread over large areas. Earth’s inhabitants had never seen or experienced anything like that before. At that time, very few people knew that the Sun was to blame for this chaos… So, let’s figure out what a solar storm can do to Earth and how dangerous a geomagnetic storm.

A perfect solar storm similar to one that slammed into Earth in 1859 would knock out the United States electric grid for four to 10 years if it hit today, an unpublished report from the Federal Emergency Management Agency (FEMA) indicates.

The 36-page report was posted at GovernmentAttic.org, which uncovers old government documents that often are acquired via Freedom of Information Act requests. The document was titled, “Mitigation strategies for FEMA command, control, and communications during and after a solar superstorm.”

G plus 8 Days and Beyond

The storm that hit Earth in 1859 was dubbed the Carrington Event and caught telegraph machines – the most advanced technology of the day – on fire.

Predicting what would happen if that type of solar crashed into Earth in the 21st century, the document says: “Significant power grid collapses may occur in North America and elsewhere; could require 4-10 years to fully restore.”

But even a smaller storm, like the one that hit Earth in 1921, would “could cause large-scale power grid collapse” if it hit today.

The report predicts that Internet, cable TV and telephone service would shut down. Cell phone service also would quickly be lost.

“Approximately 60% of the cellular towers in the U.S. have battery backup only for 2-24 hours,” the report states. “As these towers lose power, large portions of the cellular network will begin to fail. Urban and populated suburban areas are more likely to have cell towers with generator backup with fuel reserves ranging from 1-7 days, depending on location and equipment owner.”

FEMA never published the report, which is dated December 2010. Off The Grid News reached out to an expert on the grid who has frequent contact with government agencies. This person said the report appeared to be legitimate.

“This paper recreates the 1859 event today using the latest research to explain and understand: 1) The nature and effects of radio blackouts, solar radiation storms, and geomagnetic storms; 2) their potential for cascading effects on global power and telecommunications systems; and, 3) the implications for FEMA …in planning for and responding to such an event,” the report reads.

A Carrington-type event would generate massive amounts of energy that would blow out transformers. It is the replacement of these transformers that is of concern to FEMA and other government agencies. Each transformer is custom-made; there are no backup parts. It is not known how many transformers there are in the U.S., but it likely is in the tens of thousands. Each one takes up to two years to build.

“Loss of key infrastructure for extended periods due to the cascading effects from a space weather event (or other disturbance) could lead to a lack of food, given low inventories and reliance on just-in-time delivery, loss of basic transportation, inability to pump fuel, and loss of refrigeration,” is how a 2008 report from the National Academy of Sciences described the aftermath of a major solar storm.