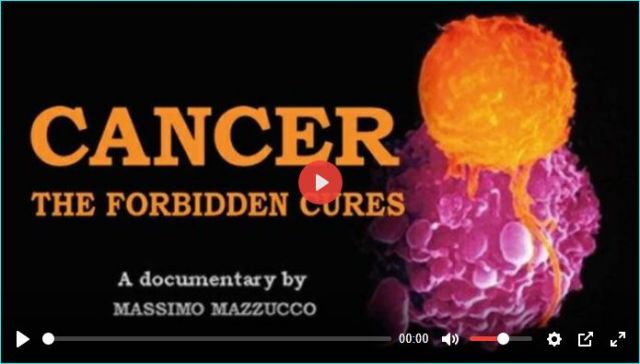 Documentary-Forbidden Cancer Cures They Have Hidden and Suppressed

CANCER – THE FORBIDDEN CURES (2010)
In the last 100 years dozens of doctors, scientists and researchers have come up with the most diverse, apparently effective solutions against cancer, but none of these was ever taken into serious consideration by official medicine. Most of them were in fact rejected out-front, even though healings were claimed in the thousands, their proposers often being labeled as charlatans, ostracized by the medical community and ultimately forced to leave the country. At the same time more than 20,000 people die of cancer every day, without official medicine being able to offer a true sense of hope to those affected by it. Why?

This documentary talks about the current pharmaceutical industry and how much its influence has changed Washington and it’s policies on the medical industry.
Many years ago, a Native American tribe had developed a treatment for cancer which uses all natural herbs and spices. The treatment also