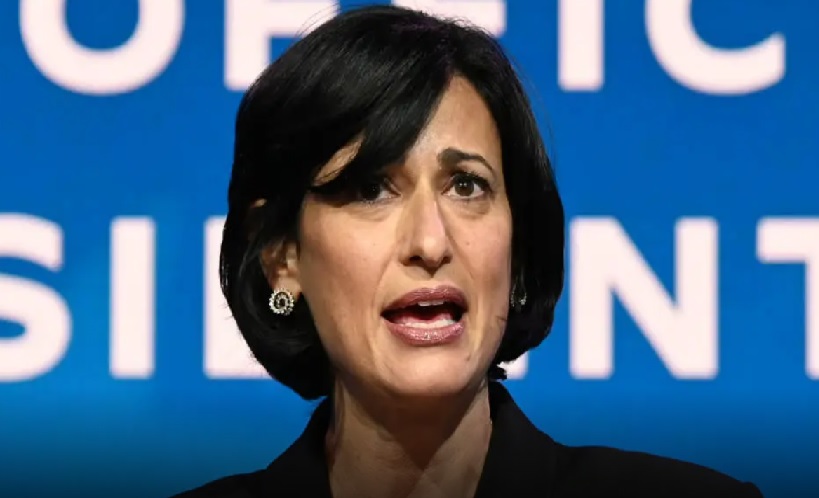 For two weeks Monkeypox dominated evening news broadcasts, and online dailies showcased images of alleged Monkeypox victims, even though, according to Walensky, the U.S. currently has only 10 active cases. The whistleblower, however, says there are none.

Regardless, coverage of Monkeypox came to a sudden stop the minute an 18-year-old, broke, unemployed, mentally unhinged trans kid strolled into a grade school and hosed down 21 people with $5000 in semi-automatic rifles, ammunition, and tactical gear, an obvious false flag attack. RRN had largely avoided the topic, because other alternative outlets have covered it aplenty, and we had nothing verifiably unique to add.

In the hours leading up to the attack, though, Walensky was at CDC headquarters in Atlanta feverishly writing interdepartmental memos encouraging ‘some’ of the agency’s 11,000 employees to get vaccinated against Monkeypox as soon as the FDA issued emergency use authorization. Walensky, the whistleblower said, was making dire predictions not backed by even the flimsiest science.

“The woman is nuts,” the whistleblower said. “She was telling people Monkeypox, a disease typically confined to the homosexual community, would jump to ‘cisgender’ people because the LBGQT community had grown exponentially the last few decades. She said a person infected by monkeypox but not yet symptomatic could shed skin flakes and infect others. She also likened the disease to a fungus, saying Monkeypox ‘spores’ could go airborne and sicken anyone within a hundred-meter radius of an infected patient. There’s no evidence to support that claim, by the way. After Uvalde, and the news stopped mentioning Monkeypox, she went crazy.”

Walensky, he added, complained to HHS Secretary Xavier Baccara about the disappearance of Monkeypox in the news. The latter purportedly said that ‘higher ups’ had decided to avail themselves of a ‘golden opportunity,” embracing a renewed outcry for restrictive gun legislation instead of immediately fostering a new plandemic.

Not one to be upstaged, Walensky broke ranks by personally contacting network executives at CNN, MSNBC, ABC, and, yes, Fox News, asking them to restore coverage of Monkeypox. In each case, the whistleblower said, she was told that Monkeypox had been put on the backburner until further notice, until the public had grown weary of hearing about another mass shooting. Walensky groused incessantly, saying the deaths of 19 children, while tragic, paled in comparison to the havoc Monkeypox might unleash on the American public.

“Unless we bring attention to Monkeypox people will die,” Walensky is said to have told a CBS executive.

RRN reached out to spokespeople at CNN, MSNBC, and ABC for a comment, but none replied at the time of this writing. A Fox News producer, however, said under condition of anonymity: “Yes, she [Walensky] made a dozen calls, each time wanting to speak to someone higher in the chain-of-command here. We told her neither she nor the administration dictates coverage—but ratings do.”