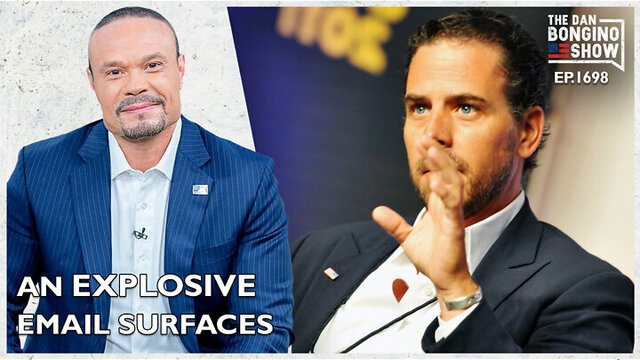 In this episode I address the email that should change everything. Why isn’t the media talking about it?

“All this material was exculpatory when it came to Trump asking Ukraine to investigate corruption. Both State and Adam Schiff colluded to conceal exculpatory evidence from the impeachment trial.”

It’s leftist tactics 101. Accuse your opponent of what you are doing to create confusion. Unfortunately, even conservative normies know Ukraine was a con by the corrupt Biden family, but they don’t follow the story and get lost when more details surface. The leftist sheeple on the other hand do not care about the truth, facts, data or even video evidence. They FEEL that anything that hurts Trump is permissible. The TRUE PROBLEM is that RINOS will not use those tactics against against corrupt leftists like Biden even though in Bidens case there is actual corruption. As long as we have RINOS who will vote with Democrats or refuse to vote lockstep against Democrats we will not win.

The Rinos need to vote in alliance with the dems… because they are knee deep in the swamp with them, scooping up all that dirty money that a domestic or international investment can buy you. Insider trading, treason, sell out the us people for the big bucks. They are beyond eager to step on our backs if it gets them the bucks. The dems know the Rhinos secrets and their involvements…. Protection baby, protection. It doesn’t matter what your party label is anymore…. How the hell do we clean this up?

It should be obvious even to people who are bought into the two party Conquer & Divide strategy that both parties participate in, is totally corrupt and doesn’t serve the people. Government serves government. Honestly, we would be better off with a lottery for our elected representatives rather than a system which gives you a Right to vote that doesn’t really mean anything considering your choices are usually dumb & dumber. They have to be pre-approved candidates by the very two parties that control the grift. Just ask yourself why it’s literally impossible to run as a third party candidate & get any kind of meaningful messaging to the American people through the paywall of MSM. ( Which does the bidding of the government & one side of the politics.)